The Gens had 3 straight wins in the tournament to clinch a spot in the finals against the Kelowna Rockets. It was a 2-1 win…the game winning goal scored in overtime so it was a nail biter to say the least. But they pulled off a win which made the 8 hour drive…one way…well worth it. The Gens had a huge support group at the Colisee Pepsi as there was a large number of Oshawa fans who made the long trip to Quebec City to cheer on their team. 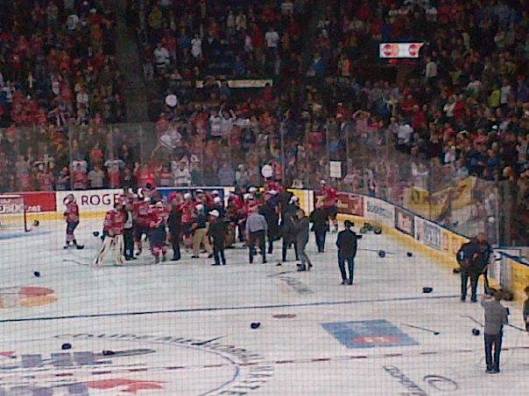 The last time Oshawa won the Memorial Cup was 25 years ago. This is the fifth time the franchise has won the trophy making the Oshawa Generals the team with the most Memorial Cup wins!!

We arrived a day early and strolled around beautiful Old Quebec. It wasn’t my weekend off and there was still work to be done. A quick stop on the patio at 1640 Bistro was needed to make a few calls.

After exploring for a few more hours we had a fantastic lunch of pizza and sangria on the patio at La Pizz. 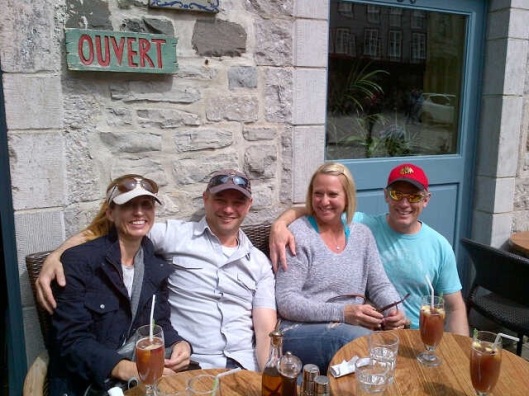 It was a fun weekend with good friends, in a beautiful city with some championship hockey.

Everyone is encouraged to come and celebrate with the 2015 Memorial Cup Champions today from 6-8pm.

Congratulations to the Oshawa Generals on a great season!!